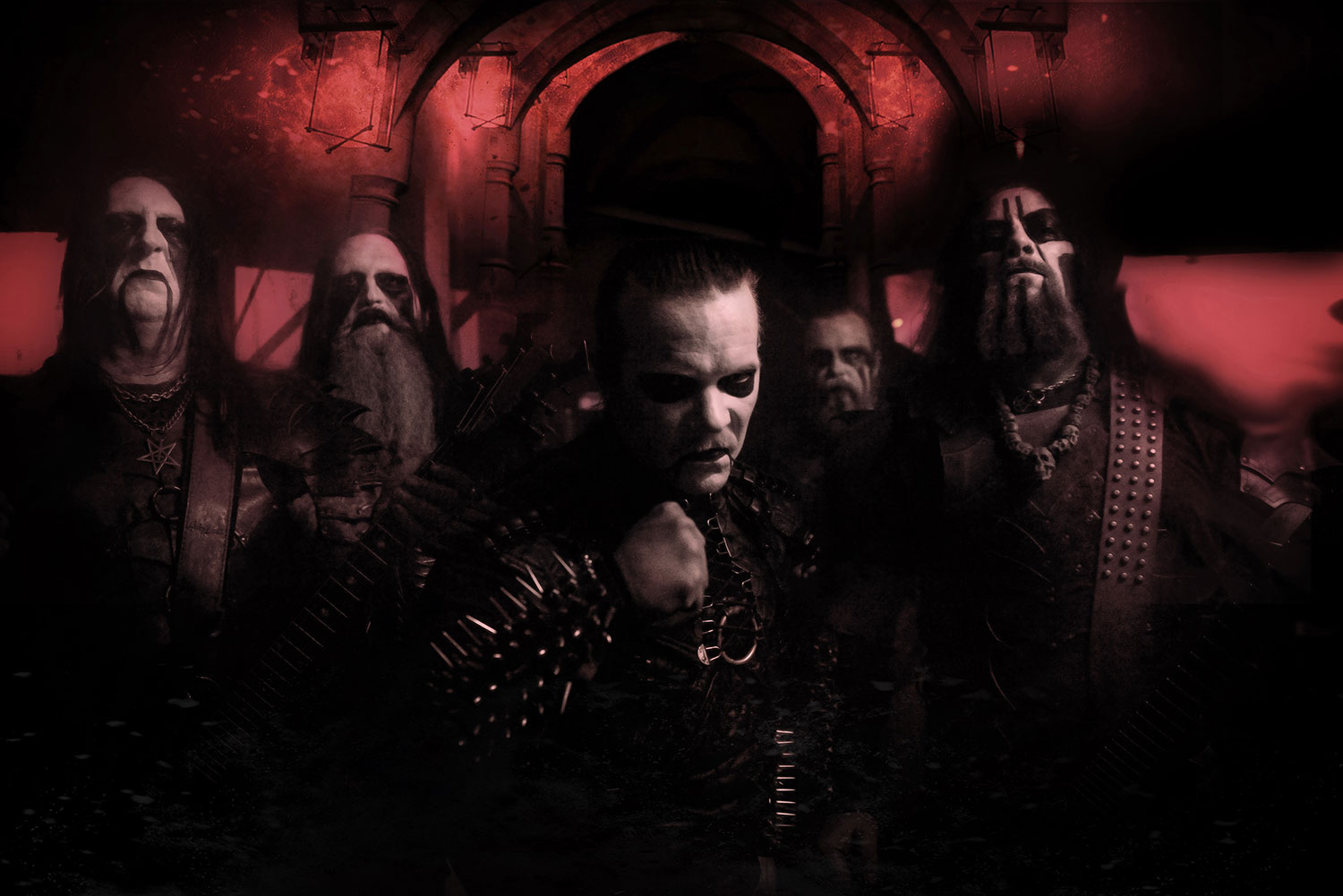 1993 was the year it all began, Lord Ahriman and Blackmoon [1993-1996] founded the infernal war machine we now know as Dark Funeral, one of the most intense Black Metal acts ever! In January 1994 the legendary, self-titled and self-financed debut mini album were recorded at Dan Swanös Uni-Sound Studio. It was released upon the un-expecting masses on May 4th the same year. The band quickly established themselves as a band to watch. Since then a lot of things has happened. The line-up has changed, several amazing albums has been released and Dark Funeral has toured no less than 45 different countries with acts as Dimmu Borgir, Cannibal Corpse, Deicide, Immortal and many more.

The album "Diabolis Interium" was nominated as best metal album at P3 Guld awards and in Oct 2002 the band played Singapore as the first foreign band in ten years (Metallica played there in the early 90s).

Their highly acclaimed live album "De Profundis Clamavi ad te Domine" was released in Europe by Regain Records and licensed to several other countries. On January 20th 2005, Dark Funeral signed a new record deal with Regain Records and in late May the band entered Dug Out Studios together with producer Daniel Bergstrand (Meshuggah, In Flames, Strapping Young Lad, Behemoth a.s.o.) and c/o producer Örjan Örnkloo (Misery Loves CO) to begin the work and recording of their new, long awaited Satanic Symphony. Roughly delayed the band finally completed their recording session on July 15th, 2005. On Aug 8th, the band returned to Dug Out Studios to lay down the final vocal parts and do the final mixing of the album. Finally, on August the 18th, 2005 Dark Funerals new Masterpiece "Attera Totus Sanctus" was completed! It was released on October 24th, 2005. Upon the release the album climbed straight up on the Swedish Metal chart as NR #3.

And the success continues. After touring the world in support of their latest and highly acclaimed “Attera Totus Sanctus” album , they finally released their first ever DVD (2-disc´s)"Attera Orbis Terrarum-part 1 on October 15th". The DVD landed impressively as Nr 5 on the Swedish Music DVD chart. This is the first DVD in a series of two which the band has planned to release from their world touring for Attera Totus Sanctus.

Dark Funeral begin 2008 by announcing a release date for their second DVD set, "Attera Orbis Terrarum - Part 2". The 2-disc DVD was released on October 20 through Regain Records. This is the second in a series of two DVDs featuring outstanding, killer material that was recorded during the band's worldwide touring for "Attera Totus Sanctus.". While Part 1 focuses on European shows, part two focuses on South American shows, where the band has a fanatical following.

Besides playing some festivals over Europe in 2009, the band decide to focus on writing material for a new full-length album. In July the band entered the Abyss Studio together with producer Peter Tägtgren to record their long awaited new full-length album, entitled "Angelus Exuro pro Eternus". After four years of silence, Dark Funeral returned big and with their most powerful, technical and varied album to date. And while still being true to their roots, they have taken a great step forward in the evolution of their brand of fine Swedish black metal. “Angelus Exuro pro Eternus” is, from the very beginning to the end, a hell ride you simply don’t want to miss! Once again the band prove that they still without doubt are Sweden’s biggest black metal export of all times. The amazing cover artwork was once again created by Morbid (Daniel Valeriani). While the band are gathered in the studio they decide to shoot a video for one of their new tracks "My Funeral", which was shot in and outside an old and abandoned Mental hospital. It was produced by Standard Film, Umeå, Sweden. After only three days MySpace decide to remove it, while the success on YouTube was a fact.

Lord Ahriman continues to wave the flag of Swedish Black Metal with the Dark Funeral crusade. Where many would have, and do fail, Ahriman and Dark Funeral continue to prevail.

Now, a new aeon has begun with the release of DARK FUNERAL's sixth studio album, “Where Shadows Forever Reign”, produced by Daniel Bergstrand (In Flames, Dimmu Borgir, Behemoth), which not only visually refers back to the aforementioned first offering due to its stunning artwork by Necrolord (Dissection, Emperor), but also marks a debut of sorts: The first DARK FUNERAL album with new vocalist Heljarmadr. His vitriolic snarl finds a perfect match in Lord Ahriman’s trademark riffing, and shines on the intense opening track, which would not have felt out of place on 1998's “Vobiscum Satanas”, as well as on the slower epic, “As I Ascend”, the diverse “To Carve Another Wound”, or the grim finale “Where Shadows Forever Reign”. 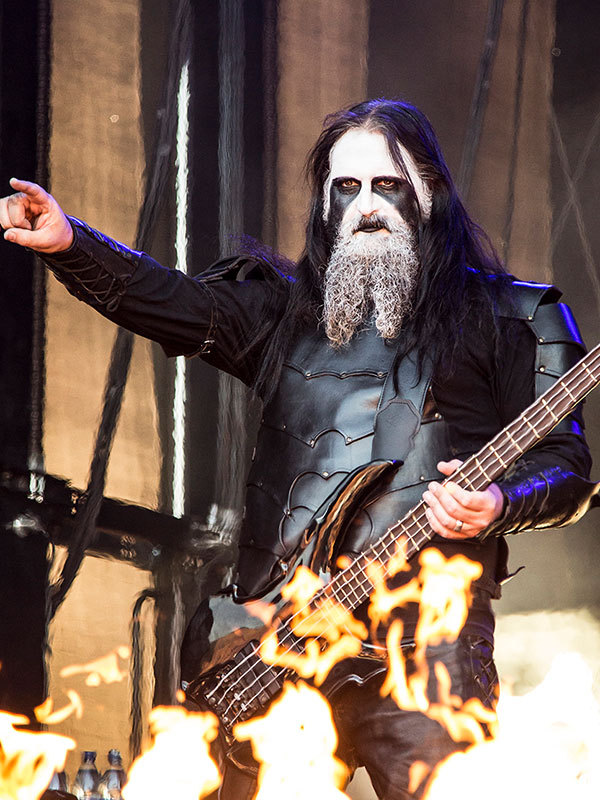 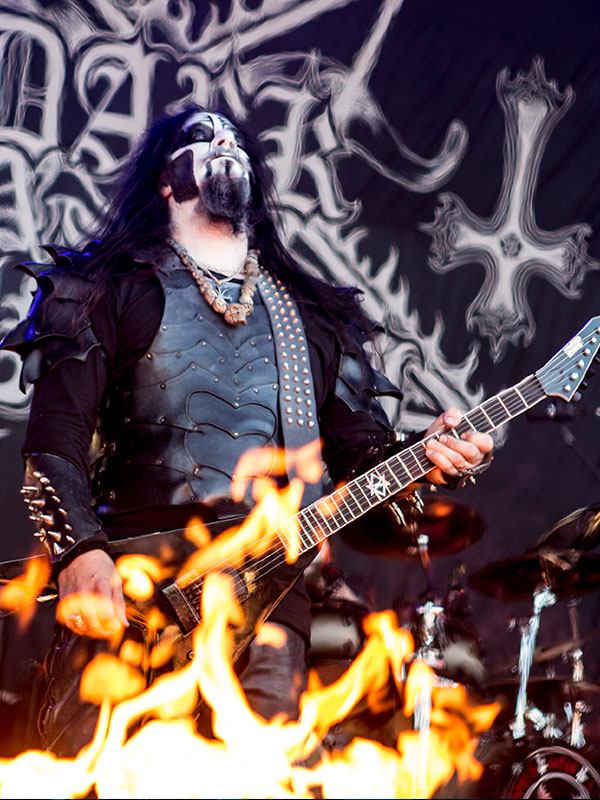 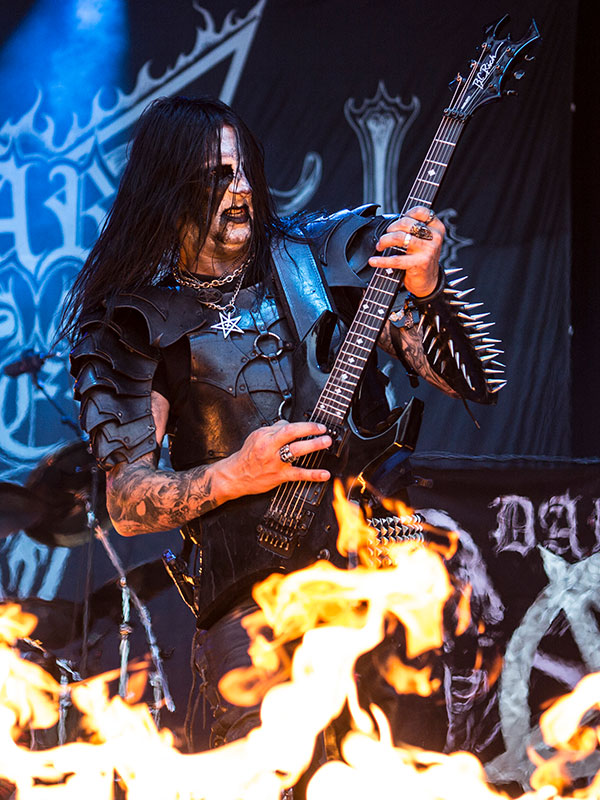 Behold! And surrender your feeble soul to the unholy abyss. This is where the blackest of Metal dwells.

When you come to speak of Black Metal, there is no way you can omit the land of the three crowns – Sweden. With that being said, when talking about Swedish Black Metal you have to mention Stockholm’s Dark Funeral: The ineffable kings of Black Metal. A title bestowed upon the band by their many, many loyal fans throughout the world. However, there would be no Dark Funeral without the remaining founder member and much respected Lord Ahriman.

Originally from Luleå, a small town in the north part of Sweden, Lord Ahriman was raised by a somewhat musical family where he developed an interest for music at a very young age. He founded his songwriting abilities around 1989. He formed his first band "Satan’s Disciples" [1989-92] when he was still living in Luleå.

In 1991 he moved to Stockholm and in 1993 Dark Funeral was born. May 4, 1994 the band would surprise an unexpecting world by releaseing their nowadays legendary self titled and self financed MCD.

Already with their first full length album – THE SECRETS OF THE BLACK ARTS (©1996) – the band altered the perception of Black Metal forever. Praised by fans and critics alike, that very Dark Funeral debut is deemed to be probably the first so-called anthemic, melodic Black Metal album of all times. The melodies and the guitar work are so unique that people do not believe their ears and think that the sound, vibe and atmosphere are created by keyboards. However, there are no keyboards.

Lord Ahriman – the true emperor among the kings of Swedish Black Metal. 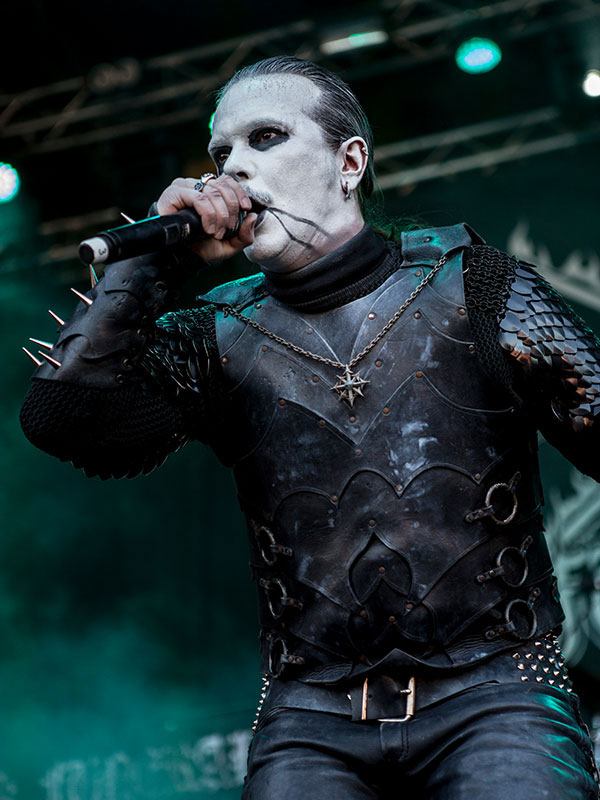 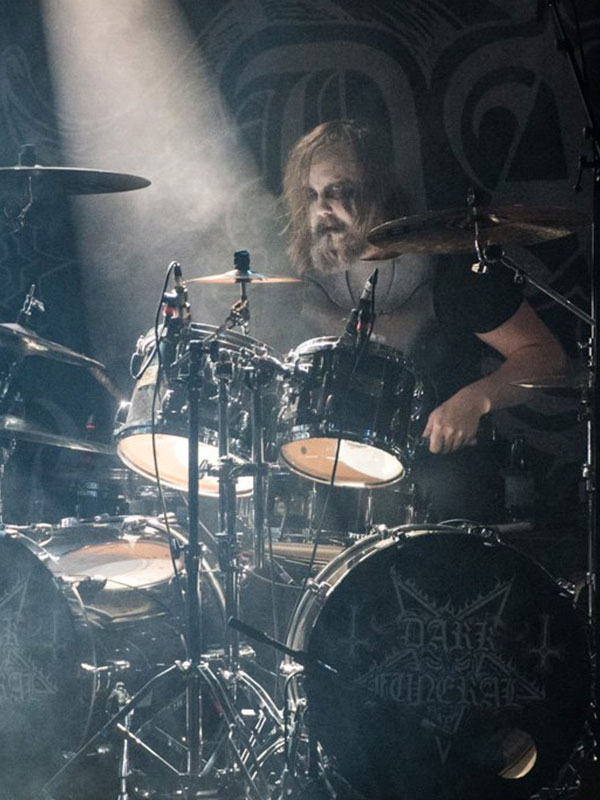 Dark Funeral achieved nothing less than breathing new life into a genre that seemed to have become somewhat antiquated and musty.

Dark Funeral’s deft counterbalancing of battering ultra-violence and impeccably paced restraint is nothing short of electrifying.

It feels good once more to have a band like Dark Funeral who don’t beat around the bush and just go for the throat with the subtlety of a wolf on steroids.